Last night, Mark Kern appeared on Nick Rekieta's livestream to discuss the Blizzard Entertainment controversy and the creeping contamination of the Chinese Communist Party's influence upon the global gaming business in all its aspects.

Everything about the Blizzard PR statement, the entire thing with Blizzchung, Chinese government policy & business practices (both notoriously corrupt), all talked about in the most sober manner possible and informed by both personal experience and professional expertise relevant to the matters discussed. That's a good use of your time, especially when Mark and Nick go over that statement--the one Mark talked about in the Twitter thread he did yesterday--and how it's not aimed at Blizzard's customers (gamers) but instead at its audience and clients (state actors, US and Chinese).

That's right, "audience and clients". That statement was about damage control and preventing causes for action from Washington D.C. or Beijing. While Blizzard Entertainment has its customers, that's no longer who they pay attention to; they pay attention to those with the power and influence that grants or restricts the revenues they seek, both for their own sakes and for that of their shareholders- which, I remind you, includes a Chinese corporation (i.e. agent of the CCP), Tencent.

This is how ends otherwise achieved by conspiracy can be had; you structure the regulatory regime to create a system that reliably produces the desired result- the conspiracy, such as it is, rests behind that Great Regulatory Wall. You cannot fix the problem here with simply closing your wallet; as the field is shaped to produce this result of the most intolerant actor dominating the global scene, so is the battlefield chosen and shaped to guarantee victory without competition before the enemy knows there's a fight at all.

This is Sun Tzu's principle of winning without fighting in action- and you are the target. Mister Metokur has, in his manner, gone over just how non-competitive the AAA scene is these days due to the vast extend of CCP money--via its corporate agents--literally buying influence and power that it uses to fix things to its advantage. It doesn't matter if you boycott one actor of a network if that network owns enough of the structure to make it irrelevant; the Death Cult uses the same playbook.

Remember when I said that resisting the SJWs would ultimately go to the financial level, including banking? That's because they concentrate on making every node part of their network, controlling the entire structure, so that you have no choice but to comply because otherwise you're cut off from fundamental services you require to function in society.

So what happens two groups of Empire's Thralls come into conflict? You're looking at it unfold now. Watch as the Death Cult turns its media apparatus against the Chicoms, now that any attempt at a satisfactory merger is off the table, and these two colossi of corruption commence combat in the manner that low-trust cultures routinely do: proxies, cut outs, and other gangster moves and spook schemes.

I'll tell you what you can do. 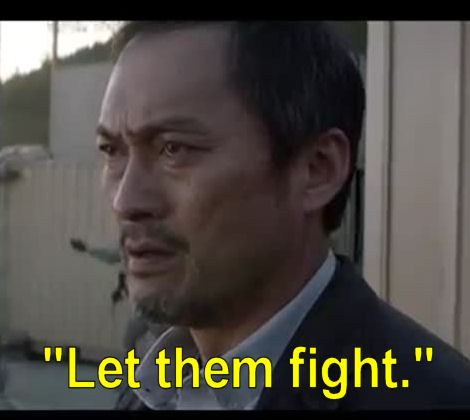 Get out of their way. Don't let yourself be used as a proxy; get out of the way, deny both of them their plausible deniability, and force both the Chicoms and the Death Cult out into the open so everyone can see who is really fighting and what the stakes are. Make them do their own wetwork at Noon under a cloudless sky and in an open field. Put both of them into their full nightmare mode of being revealed for who and what they really are, and make them exhaust themselves fighting each other.

Then go Exterminatus on whomever and whatever remains.