If you're not reading Anonymous Conservative, you should. The daily briefings alone are worthwhile. This past Friday he announced this:

I am doing a Q-book. The cover is below. Surveillance probably doesn’t like it, but I write books, Q needs books out there for the normies now, that aren’t misdirection from some mainstream Cabal publisher, so here we are. I believe I actually had some dumbass (who was watching my work on my computer in real time, probably from an observation post down the street, and saw I was doing a Q-book) come on here telling me about somebody who did a Q-book who got killed – hint, hint.

As if they can just tell me that, and I will back off and give them what they want. Not only am I doing the Q book, I am mulling a broader work devoted to the entire Domestic Surveillance Infrastructure, and have already been gifted by God with the title –

Surveillance is the single biggest threat to our republic, and the common good, and I think if Q fails, I can leave something behind that without which, our kind will have zero chance of ever reclaiming freedom. If you think threatening me is going to work, get off my surveillance case now, because you have no idea who I am, and you are totally incompetent at what you do.

I took the liberty of breaking up the original wall of text.

Oh, and the cover. 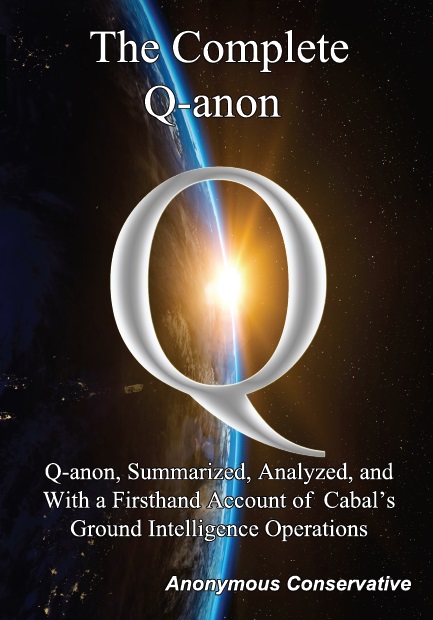 The book's a primer. If you want an idea as to what to expect from an AC book, get his previous one on Evolutionary Psychology; it harmonizes with everything Roosh (et. al.) ever wrote about Game, everything Vox Day did about the Socio-Sexual Hierarchy, and gives structure and context for those other explanations of the same exactly psychology as well as how it applies outside of male-female and male-male relationships.