Noticing The Irony Of Emerging Results of Corona-Chan's Love

Corona-chan's becoming quite popular world-wide. While the expected instances of panic-buying and so on are going on, I want to point something out for your consideration. The following comes from Anonymous Conservative.

Trump’s statement that this would go away all of a sudden, like a miracle, was curious. Suppose it did. How might that happen? There is a way to interfere with gene expression using a snippet of genetic material. And I am sure somewhere there is a minor virus out there which could be modified to spread through the community and have snippets of RNA added to trigger RNAi of Corona virus genes. It makes me wonder if some of that hidden tech we are hearing about might contain a way to trigger RNAi interference with viral genes, in a transmissible form, using a harmless virus that will spread through the population asymptomatically. No way to tell, that is all entirely theoretical, with no basis in any evidence, but it is one interesting theory which could fit the evidence, and jibe with a stable, practical genius’ statements that this will just disappear. What is interesting is, if it is out there, why wouldn’t it be released or acknowledged” Perhaps it could be weaponized in some way, or perhaps more likely, this was a Cabal tech in some Cabal database which has just shifted hands, and which Trump is putting to use on the fly to adapt to changing circumstances.

The other alternative is what we are seeing is theater, China helped Trump by staging their panic and letting all those videos and reports “escape,” and the reality is there is a minor Corona virus going around, they pumped up the rumors of mortality with fake stories and videos, and now members of the deep state Cabal, from Iran to the Pope, can be exterminated at will with the deaths blamed on the Corona virus. When they are done, it will all evaporate like a miracle. Trump usually has some ace up his sleeve, hopefully he is about to pull something like that out.

It's been theorized that this is a bioweapon. Accidental release or deliberate is alternative proposed and discussed, but to date this has been believed--and I among them--as being done by the black hats, by Empire. 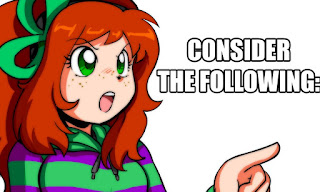 What AC asserts above is a possible counter-scenario, that this is actually the white hats at work. Look at the major power centers adversely affected so far. The government of Iran has already suffered serious degradation, the Vatican is now seriously affected, China remains in a crisis situation, and most of the afflicted areas are dominated by Thralls of Empire.

And all of what's been said of this being used to cover the removal of dissidents also applies to removal of Thralls. Tools are amoral; the morality derives from the user.

If #QAnon is not a LARP, and there is a Storm, then an event like this--a fake Black Swan event turned against the original users--would be something used to begin delivering on it. Like it; we'll see what comes soon enough, so there is no need to call it so or not. In any event, we can expect political actors to take advantage of this pandemic to advance their agenda. Might as well use it for good. Empire must fall.