About That Panic In D.C.

Taken from today's news brief at Anonymous Conservative. Make of it what you will. Original image is here. 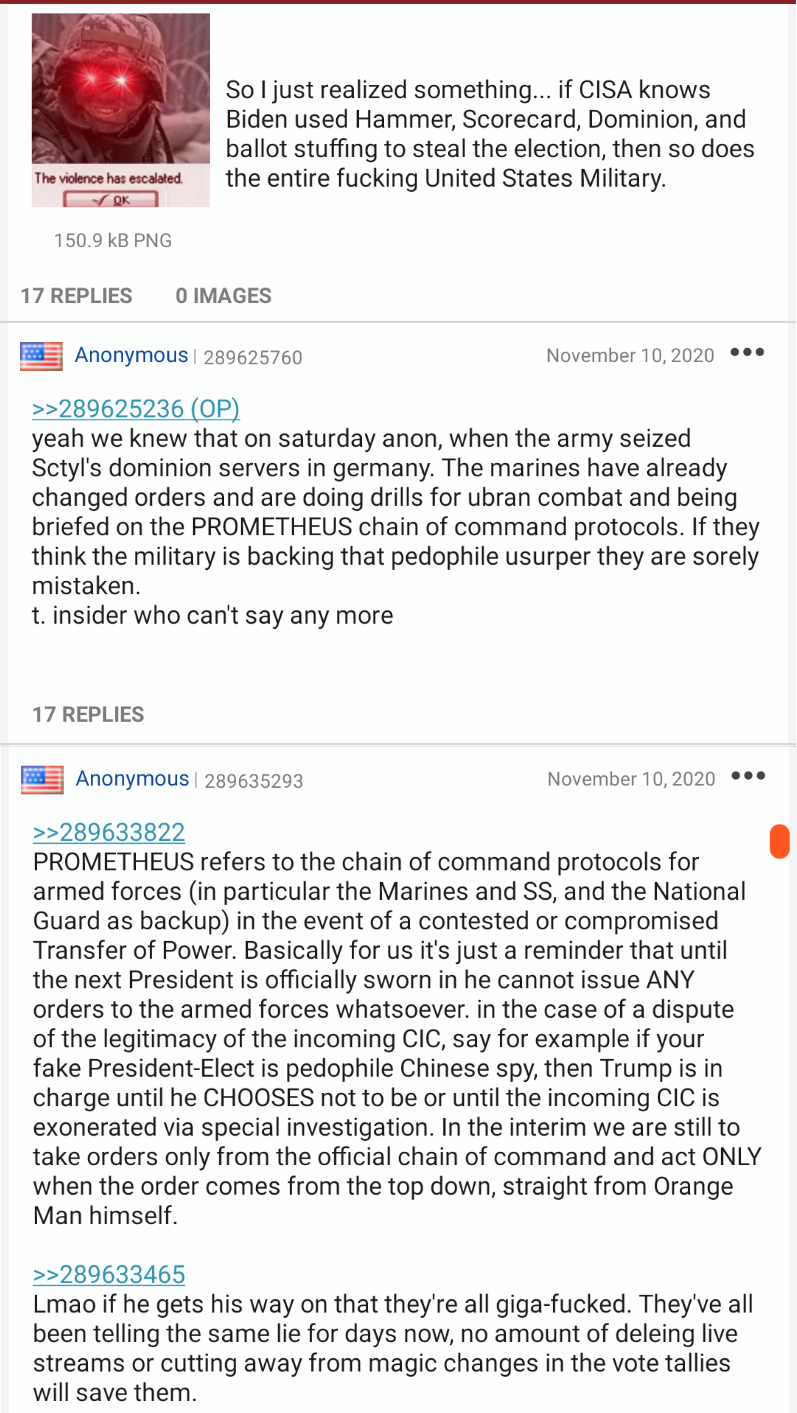 Yes, we're talking anons on the Chans. That doesn't mean this can't be correct, and if it is then we have a glimpse into how Trump can accomplish his mission as well as an explanation for why the Thralls are so keen to use either Impeachment or invoking the 25th Amendment to remove him before the 20th.

As for why the panic? That too is explained at AC's post today; a laptop got stolen from Pelosi's office during the peaceful protest, and it is believed to be Special Operations using the protest (and protestors) to cover the operation, liking covered itself under the combination of the Stafford Act and the Emergency Powers that are still in effect because the whole of the United States remains under a State of Emergency.

And what's on that laptop? Undeniable evidence.

It can be of the fraud. It can be of the human trafficking her children (as with Biden's) is involved with. Whatever it is, it has Pelosi in a panic and that put entirety of the Thralls in the United States in a panic. Word went out fast to nail this shift in the narrative; it's also why the sudden deplatforming hit when and how it is- it's there to attempt to cut off Trump's ability to spread the word.

The problem is that Trump has direct, hardwired access to every last American via the Emergency Alert System. There is no way for the Thralls to stop that signal without stopping their own and going dark themselves; they may do so anyway, just to stop the God-Emperor, but by then it will be too late for them.

It is as Wictor says: no one knows how anything works. It is also as he says: they can't stop what's coming because they don't know how anything works. They're the scrubs used to playing the game using house rules and other made-up bullshit, and not as the rules are actually written, so they have no idea how the machine that is the game actually works and it's going to surprise them when their preconceptions are exposed as blind spots that he exploits to beat them.

They sense it, which explains the panic, but they can't perceive it so they're going to get it anyway and because none of them took the olive branch none of them will be spared.