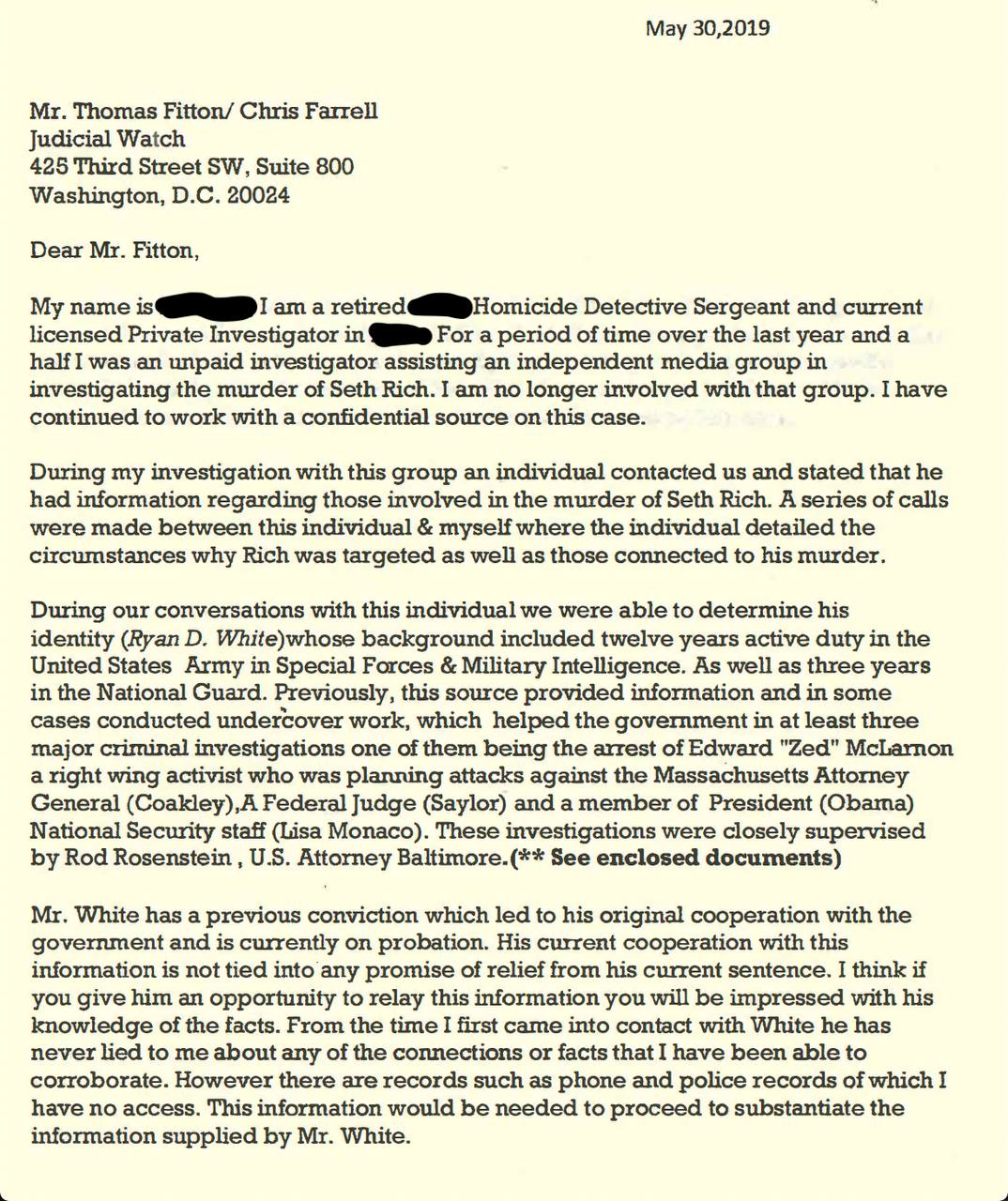 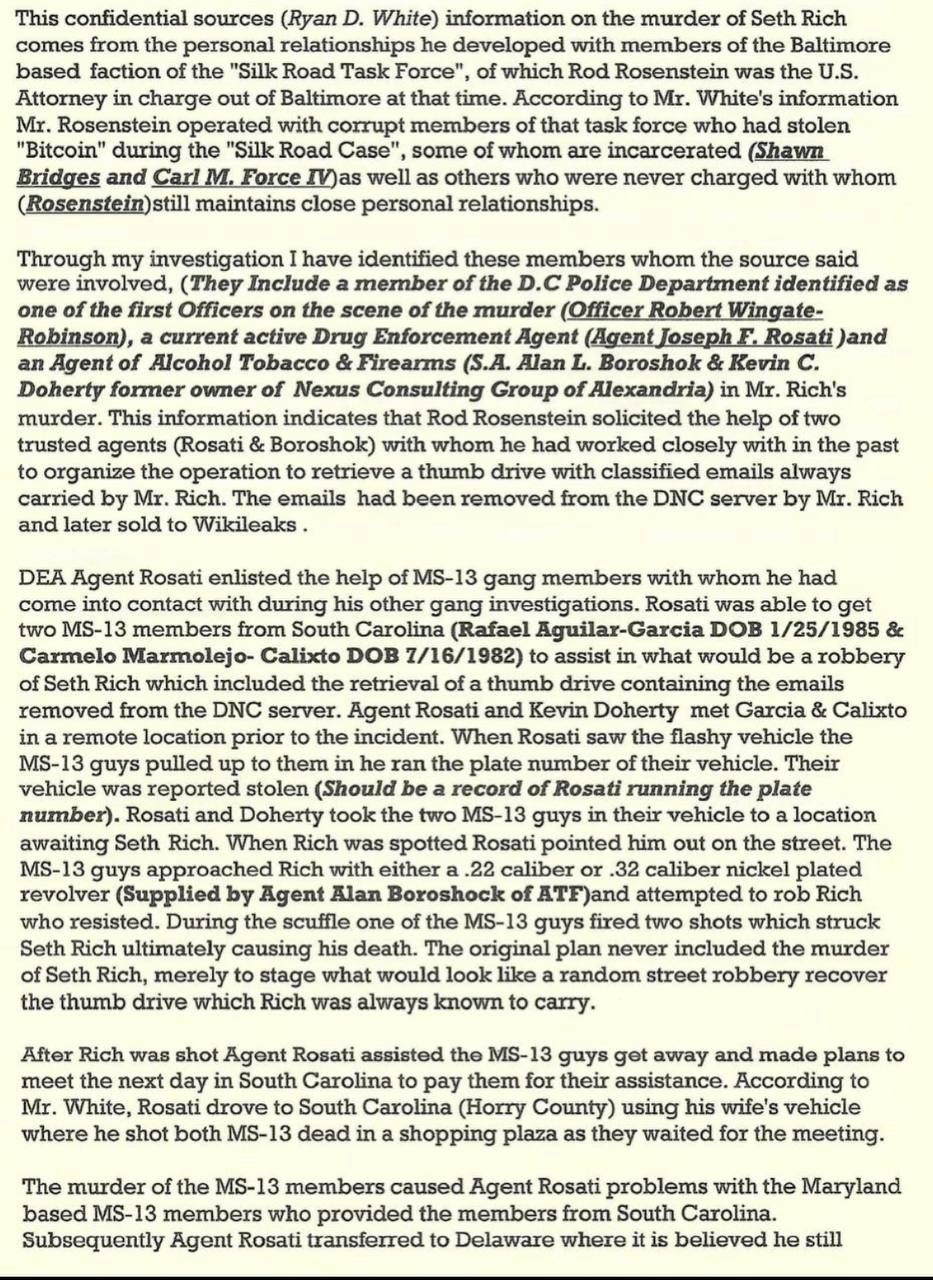 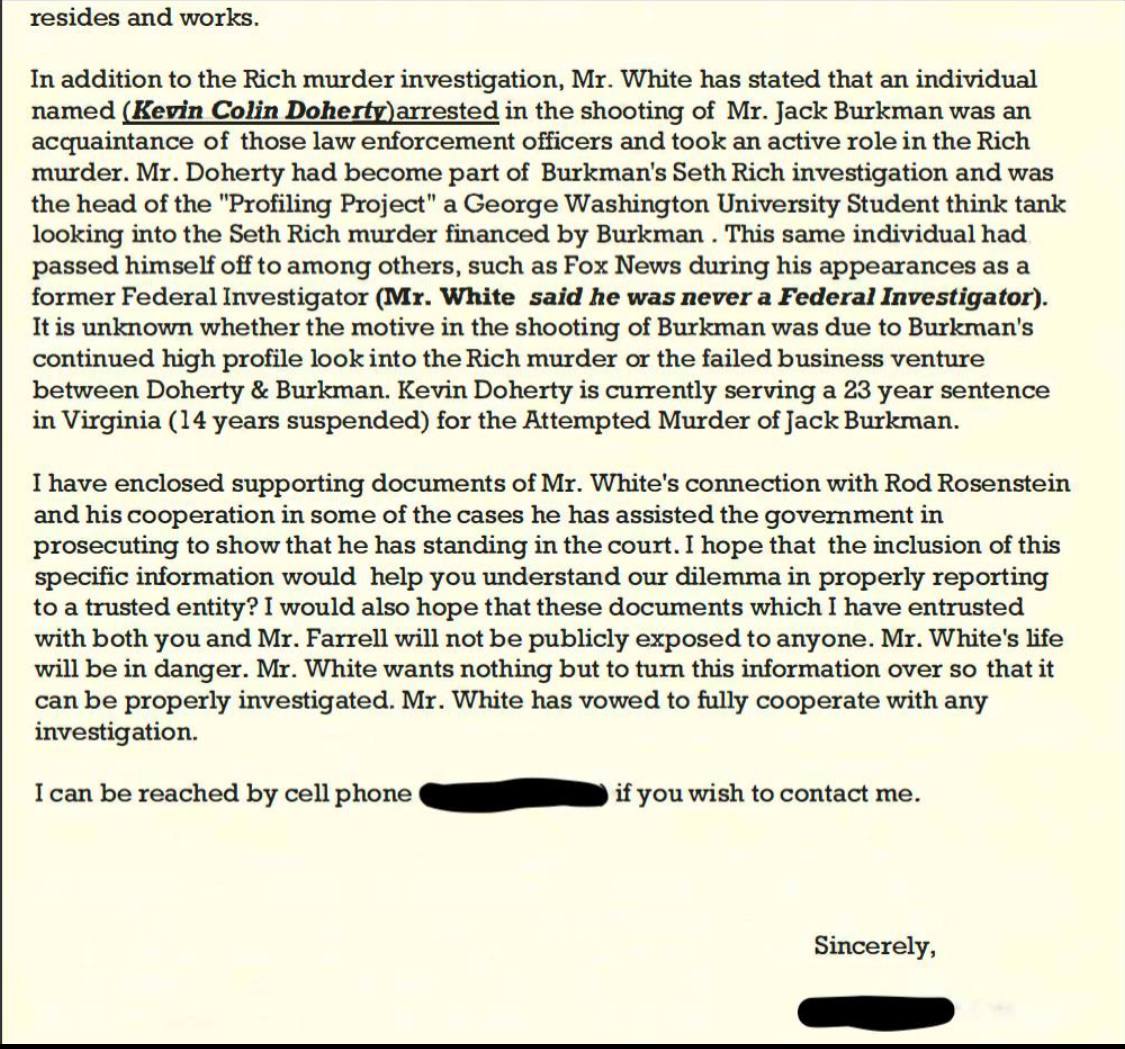 To which AC said this:

Amazing letter without redactions, which shows the TV Show Burn Notice was exactly dead on. Basically a 12 year vet of the Green Berets and Mil Intel got out of the military, and promptly ended up charged with some crime, and on probation (I assume he was followed and analyzed by somebody, his service history made him useful, his psychology was examined with a fine toothed comb, and he was judged perfect for their use. So when he got out he was promptly busted and then recruited with the prospect of a deal, at which point he became an asset of Rosenstein’s operation out of Baltimore.)

It gets better. Remember that what we saw in Burn Notice involved an intelligence that operated above and beyond Officialdom, wholly above the law. That's what we're dealing with here, and it is to our benefit to have all illusions otherwise to get shattered with such violence that people cannot avoid accepting the truth of the situation. AC goes on to say that this letter likely got the writer, everyone he cites as allies, and anyone else tied to them killed--murdered or disappeared--since it's highly likely that Judicial Watch is compromised.