One of my people on Twitter saw this and made the plain statement of fact that should be obvious but isn't.

The entertainment industry swings left because it's a racket. That's the only reason.

It is no accident that the Thralls of Empire dominate the Culture Industry. It is an outgrowth of the emergence of mass media in the 19th century, which got co-opted early on and suborned into serving the Thralls in the American Establishment. This crystalized into the form we recognized today during World War I, when the men behind Public Relations worked on the Allied war effort's propaganda campaigns against the Central Powers- specifically against Imperial Germany.

Once something gets suborned into Intelligence purposes, it is converged and there is no honest market activity ever again in that sector. The Entertainment industry has not served the primary purpose of providing satisfactory entertainment to paying customers for over a century, maybe 150 years, in the United States. It's primary purpose is to shape and mould public opinion at all levels of consciousness; entertainment is secondary, at best.

That means it is more importan to install and promote those loyal to the Network--i.e. Thralls--than competent professionals at all levels of the enterprise. Leftists and Cucks are loyal to the Network. They are Thralls of Empire, and one of the standing orders of the Network is to keep out those not in the Network and keep down those that they can't keep up. Removing that block is a key element of the recruitment pitch for prospects, followed by seducing them into selling out. In others, Glowies making others Glow. 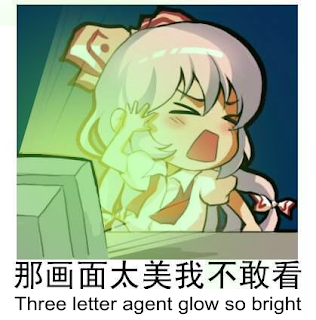 Now that it's being said that this is the case openly, we can start tying it to the re-emerging awareness of Carl Schmidt and his vital contribution to Poltical Science, which means we can again tap the sign.

As awarness of the reality spreads, so falls the resistance to shunning that pozzed presence in favor of alternatives not under their control, and with it Empre's control over the culture crumbles bit by bit until it collapses entirely. Enitrely practical, practiable, and proper praxis. Empire falls.