This came over my Twitter feed the other day. Looks like I've got plenty of non-fiction to read and digest in the near future. 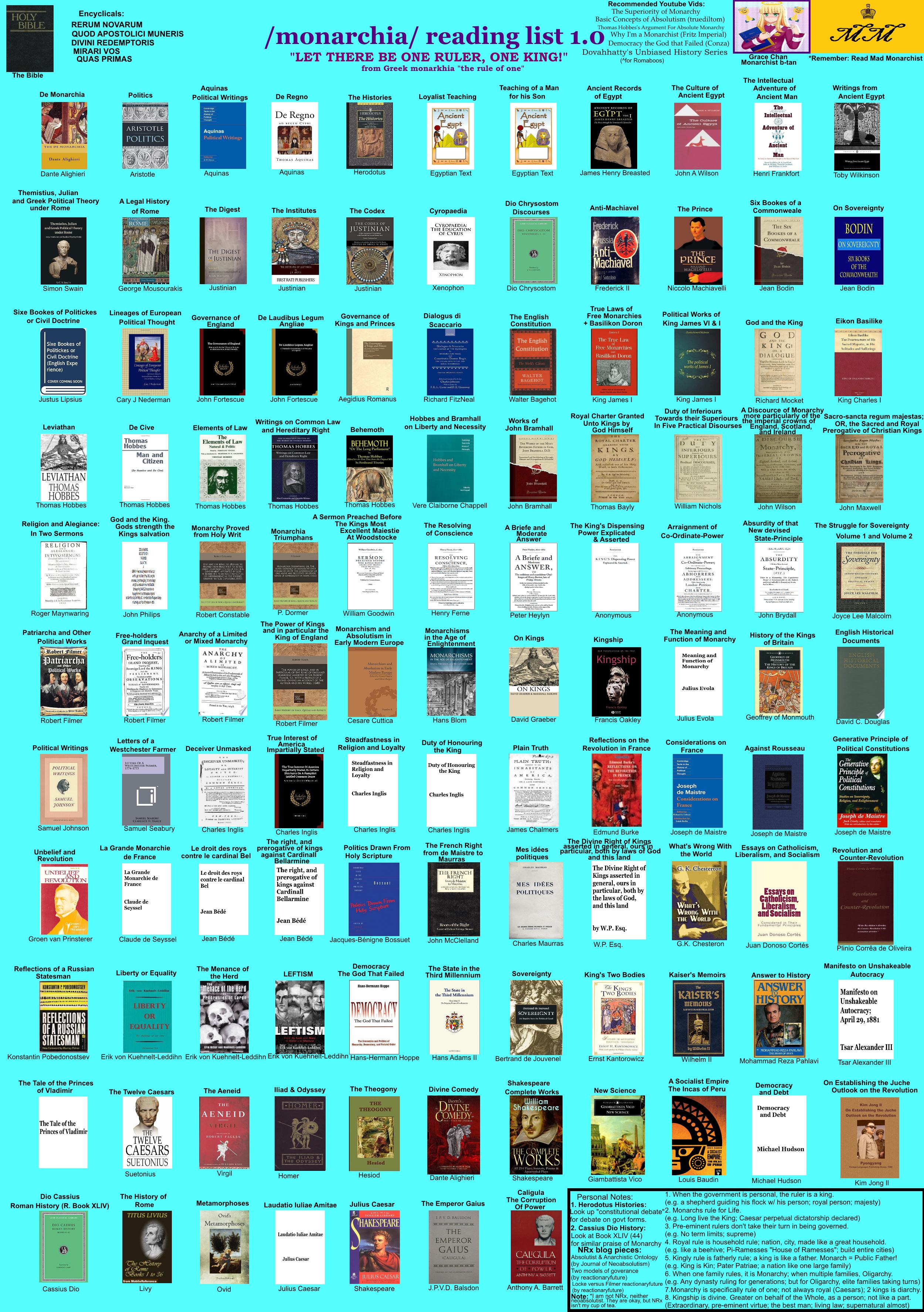 I have some of this already, such as the complete works of Shakespeare and Machievelli's The Prince, so I'll start there. I welcome others gifting me copies of the rest, preferably in print but electronic will do.

"But what bent you this way?"

Reading John Locke did. No, not just his political philosophy, but the biographies that ground those works into their historical contexts. I did this for my Master's Degree, and I found that he was so insecure due to being a fatherless son in a downwardly-mobile family surrounded by boys of like status but superior means that he turned out Gamma. He was so afraid of failure that he clung to university life well past the "Shit or Get Off The Pot" point, and when he inevitably got the boot he collapsed. If not for meeting Sir Anthony Ainsley, the first Earl Shaftsbury, he wouldv've died a pathetic and wasted end futilly pinching pennies as a petty landlord barely doing better than his tenants.

Instead, he whored himself out to Shaftsbury in return for patronage and provision within the Earl's household. Said Earl was the leader of the Whig Party in Parliament, had so many mercantile interests that flourished due to corrupt dealings, used those revenues to back a party-aligned press (later publishing Locke's works), and turned Locke into being the mouthpiece pushing the philosophical arguments supporting Whig policy and government accordingly.

If this sounds familiar, it should. It's how every single step towards Clown World got made. Culture->Politics in action right here.

And Locke, to this day, remains influential because people don't know how or why he wrote what he wrote.

That's right, doing my Master's is what lead to me becoming disenchanted with the Enlightenment.

And following my long-standing practice, if a path turns bad or dead-ends then the first thing you do is turn around and go back the way you came. You keep going back until you unfuck yourself completely. Then you sever that false path and go another way.

The Enlightenment has proven to be a bad path. It led to Empire, and Empire must fall.